Maimi and ℃-ute follow up their 10th anniversary celebration with a big TV appearance in her June 12th update “MUSIC STATION“. Full translation below.

It was a live broadcast, so I was nervous,
but it was really fun 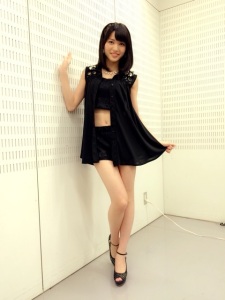 The program included comments from Matsuko Deluxe-san and he talked about Hello! Project

Thank you for all your kind words｡ﾟ(T^T)ﾟ｡

Actually, he came to our dressing room before the program and talked to us,
and he’s really kind and funny,
so we laughed a lot

and everyone was really kind and relieved my nervousness!!

I took pictures with everyone after the show, so I’ll attach them 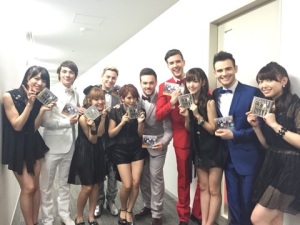 They said that they love ℃-ute,

In addition, they showed us a video of them mimicking ℃-ute and dancing to the song(≧▽≦)

I was really happy 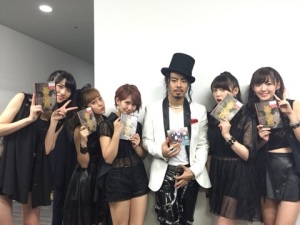 He was a back-up dancer for the Michael Jackson

Together with Domoto Koichi-san, they did a special Michael Jackson performance…
It was so amazing that I was glued to my seat watching( ﾟдﾟ) 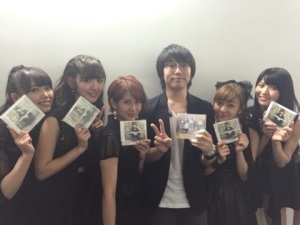 I sat next to him, so we were able to talk a little bit, and after ℃-ute’s performance he said to me “You were cool

“,
so I was really happy

Everyone who watched MUSIC STATION, everyone who cheered for us, thank you so much

We’ll work hard so we can appear again

I have another happy announcement

Our appearance on TBS’s “CDTV Special” has been decided

It will air live on June 27th (Sat.) from 11:45PM to 5:00AM the next morning!
※The broadcast will air at different times in different regions.

I’m nervous because it’s another live broadcast,
but we will work hard to capture as many people’s hearts as possible

Posted on June 20, 2015, in Blog, Translations and tagged Yajima Maimi. Bookmark the permalink. Leave a comment.