Maimi finally gets to eat and does so with her close friend in her April 22nd update “Chii-san.“. Full translation and bonus translation below.

I went out to eat with Tokunaga Chinami-chan|(￣3￣)|

Shabu-shabu, which I was dying to have~o(^▽^)o

But we became lost on the way(￣▽￣;)

Even though I had been there 3 times,
Chii, who was going for the first time, looked it up on a map app and took me there…＿|￣|○

On top of that, it was raining,
so we were wandering around in the rain(＞人＜;)

I wonder if my excitement at eating with Chii caused it to rain? (￣3￣;) ←Rain Girl

It was fun being able to talk about a lot of things,
and the shabu-shabu was as delicious as expected(≧∇≦)

Chii’s appetite was the same as always,
and she said

Today was full of happiness v(^-^)v

Maimi’s date for the night, Chinami, also updated about eating with Maimi in her April 22nd update “Happy♡“. 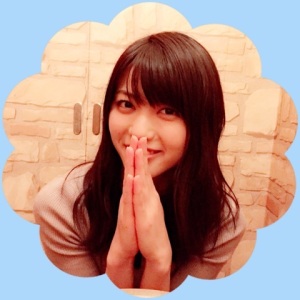 Posted on April 23, 2015, in Blog, Translations and tagged Yajima Maimi. Bookmark the permalink. Leave a comment.